101-Bold, Brave, Short, And Even Shorter 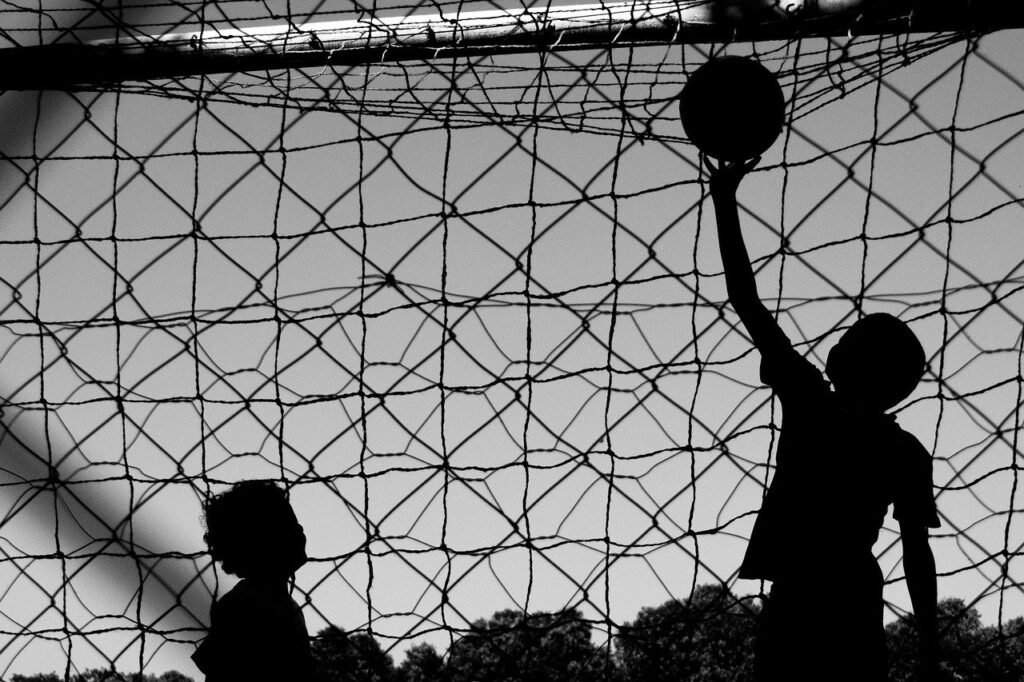 101-Bold, Brave, Short, And Even Shorter

The soggy ground sank in around the fresh rubber rand of my new black 5.10 flats, which I baby since they are my first pair of new street shoes in nearly a decade.  Pushing my OCD to the back of my mind I trailed my middle son Z, who’s excitement to jump into the basketball game with the neighborhood kids could barely keep him from running.  The local park at the that connected our neighborhood to the one next door erupted with life at the advent of actual sunlight and what I call sweatshirt weather.  Z is about eight years older in his mind than in real life and takes after his father, who is eight inches taller in his mind than in real life… so he’s blessed with extra gravitational pull since he’s closer to the earth than his seven-year-old equals, but has the boldness of a bull during the Running of The Bulls in Spain—he’s the one chasing down the world through those narrow streets, so you best get out of his way!

Needless to say, Z jumped in there asking if he could play, all the while I was trying my best to not let the reality of his life happenstance to crash down too hard.  To my surprise and not to his of course, the guys were really open to the idea of both of us joining in their game, the two of us acting as one person as far as picking teams went.  “Do you want to take a shot?” I was asked, ball heading my way.  I quickly took the opportunity, dribbled the rubber street ball two times on the cracked blacktop, then pull up a jump shot from about ten feet and drained it.  My change came quickly back to me as I moved to my left and back a few steps—swish.  The third from the free throw line landed the same way and my fourth brought me back to reality… I’m a short white guy from rural Holly, Michigan.  Either way, a few of the older guys looked on, said, “Ok, let’s play!” and they began their systematic methodology of captain selection and player picks.  Z and I were still a big unknown and chosen last, which had no bearing on Z’s moral whatsoever.

Right now, as I my head bobs to my eighties pop, drowning out the chatter of my boys in the background I feel like David Mickey Evans, narrating my childhood pick-up game; only instead of years of reminiscing it was only a week ago.  The 1993 movie The Sandlot has me dreaming about neighborhood boys coming together to have the summer of their lives.  Only instead of the end game being played on a basketball court and rescuing a priceless ball from the misplaced mansion security behind the park, it’s diving into adventures beyond the city limits—backpacking and going deeper in their view of what this life is all about… and who the heck is this Jesus character?  I moved to Flint to be a part of the community and that’s exactly what is unfolding before my very eyes.

As I reflect on last weeks game, I believe Z had asked me a few times to go play ball with those boys before I finally caved and said, “Ok, let’s go over there.  But I can’t promise they will let you play with them.”  I’m the one who was surprised by how everything unfolded, the faith of my seven-year-old unwavering and just as true as the moment he opened his mouth and asked to play.  Jesus’s words in Matthew 18:1-3 come to mind, “At that time the disciples came to Jesus, saying, ‘Who then is greatest in the kingdom of heaven?’ 2 Then Jesus called a little child to Him, set him in the midst of them, 3 and said, ‘Assuredly, I say to you, unless you are converted and become as little children, you will by no means enter the kingdom of heaven.’”  My faith is being stretched as I learn how to share my story and God’s story with neighbors and strangers and become emboldened to do my job as a disciple of Jesus Christ.  It will be my conviction to continue to write messages of hope and challenge as we come together as the body of Christ to impact the world.  The Kingdom of God is not a collection of churches, pastors, and ministry workers… it’s a collection of God-chasing disciples who gave their very lives to multiply themselves and start the very church we refer to today.  Let’s make these martyrs proud by carrying on the work that they began in the first century.