103-How Much Do We Understand? 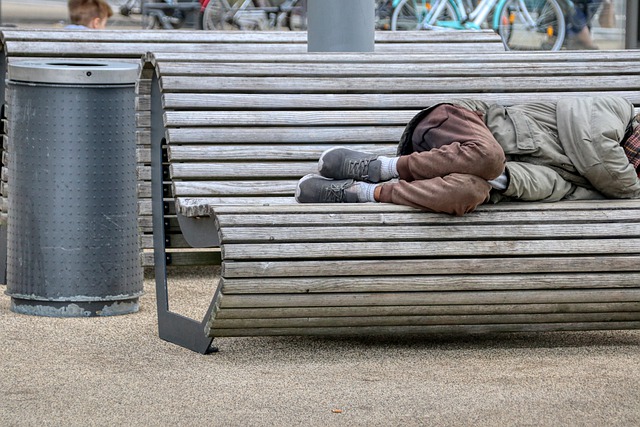 103-How Much Do We Understand?

I guess I would have to say I was slightly nervous as I hopped out of our 2015 Town and Country soccer-mom minivan, built perfectly for toting a family of 5 around the city and beyond.  I quickly glanced back at the adjacent lane of traffic also stopped at the red-light Jen, behind the wheel, was awaiting to turn to favorable green.  Before it reached full green, I had skipped across the dirty pavement in front of my family, who were watching as I trotted over to a thin man with a long beard, who I learn to be Mark (I changed his name for this blog).  As my family drove off, I was left on a busy corner in Flint to simply sit down in the dirt next to Mark, whose tattered cardboard sign indicated that he didn’t have a home, job, money, or plan.  “What’s going on?” I asked as we sat watching the cars pass by—some with windows down ready to pass along a couple bucks, others tightly shut up like a vault, driver eyes unhindered by the surrounding scene of poverty.  I will have to admit I’ve been more the latter growing up and into my adulthood, but now was my chance to really understand, at least a little bit more.

“What’s your story, where did you grow up?” I spewed out to see if Mark would be open in sharing his life with me… he was more than open, and provided me just the opportunity that I was hoping for—understanding.  California was not the answer that I was anticipating, but it begged to know more about his journey to Flint, MI and as he shared, I began to see the amount of life and blessing that I have taken for granted.  Not every homeless person is a direct result of poor decision making or squabbling away their resources.  Sometimes the resources have never been there to begin with.  As I listened and asked more questions the heart inside my chest began to pump more as I could feel the “heart” of my soul being broken for Mark and his situation.  The ten minutes that we had together was whisked away fairly quickly as Jen pulled up to the stop light and I hopped back into the luxury of a motor vehicle that took me to my comfortable home.

My time with Mark did not end with some soup, an apple, ice cream sandwiches, protein bars or anything else that my middle son Z could conjure up to give him, oh no.  I rode my bike over to Mark to sit with him again and shared the Gospel with him.  Turns out, he’s not quite ready for that decision, but is taking steps to get a job so he can move back to California the “right way.”  I can respect that.  He doesn’t need a handout; he needs the tools to be able to get out of the rut that he’s stuck in.  We have all been in a rut as some point in our lives, but it might not have been quite so deep.  We are all in a rut when we are born–can’t talk, can’t walk, let alone throw a ball or hold a job.  Somehow, we have had the support that’s required for us to learn the fundamentals of living (thanks to moms everywhere—Happy Mother’s Day), and then to apply those truths to our function in this ever-changing world.  When we fall, we learn and get back up again.  Sometimes quicker than others, but by the grace of God we are never, ever truly alone.

Mark has put in an application for a job, obtained a phone by the generosity of others, and has an address to list as home for the time being, a local church that has been helping him out through the cold, Michigan winter.  I was reading Acts 16 today where a slave owner was ticked off at Paul for casting out a demon that gave his slave girl the ability to divine things.  He was mad because he lost his ability to make a profit from this slave; but showed no compassion for her soul, tormented by an evil spirit.  When she was finally freed, he became upset because his world would now have to change.  I was reminded that every person on this planet is a treasure to God and He longs to have them accept His invitation to be adopted as His child.   How does befriending others change our world?  I might make things a little more complicated, but what is it worth in God’s eyes?  I’m learning to be less about Matt and more about others as the Holy Spirit guides my steps, and I will have to say, “NO REGRETS!”