28-Mentor When You Don’t Mean to Mentor 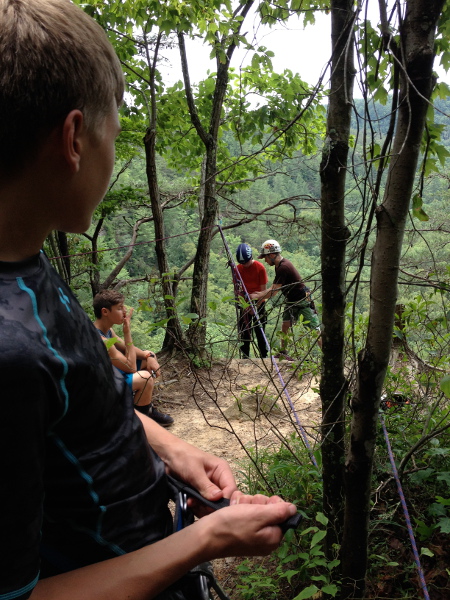 28-Mentor When You Don’t Mean to Mentor

What’s up y’all? I come to you once again in the form of text. Very soon I’ll have these blogs up on my new website and you’ll be able to write comments and post them on your favorite social media sites! I’d love some feedback about my writing and topics. Most of all I hope that my words fade into the background of the truth found in the Word of God. That being said, let’s proceed:

Tonight I ran into some old friends and one particular couple who played an instrumental part in my life. I was just a punk teen; when I say punk I mean it in the “what a dork” sort of way. I was short, shy at times, just plain goofy at others, lacked tact in more ways than one, and had recently switched churches per my mom’s decision. Everyone was new, it’s how I imagine changing schools… scanning small crowd of new faces, making judgments off of virtually nothing at all, careful not to say something too stupid, and sure they were doing the same to you.

The first few meetings were a little awkward, but I met people quickly and braved out a ninth grade initiation, semi-confident I could get some laughs and positive attention coming my way. As I continued to hang out at youth group I grew into the family atmosphere created there. The two couples that led the group largely impacted this atmosphere. They didn’t simply plan activities and thoughtful bible studies—they lived and breathed their lives into ours. It was the way they interacted with each other and parented their kids (who were always welcome to play with the “big kids”). It was the passion in their hearts as they read the Word and shared their life stories. It was their open ear, unhindered by ringing phones or alerts and the depth of pain they took off of our shoulders and placed on their own. It was the personal prayer and interest in our lives—not a “how was your day” or satisfied with a “fine” as an answer. I spent countless hours with them over my high school years and well into college and they have played a key role in shaping me into the man of God that I am today.

I never really considered mentor-ship at the stage in my life when I was solely focused on me. I think that lots of teens are pretty self-centered (sorry guys, just my opinion), but there is hope. That’s right, it’s a season. A season that will pass like winter passes and blooms into spring. Here’s the cool part adults: this is the season that you can impact a life forever. Forever. Let me say it one more time, forever. This is an important season of life reflection, discovery, and building identity that will far outlast the season itself. One of the two couples I’m referring to have had a profound and positive impact on my walk with God, my identity, future decisions from high school looking into the unknown, in my marriage and will always hold a special chunk of my heart. Thank you (you know who you are!).

Here’s the cool part—with the sole intention to get their son into climbing, because we thought he worked too much and would be good at “balleting” himself up the wall, we learned something. This was his season. A season where he needed someone. A season where my wife and I could play the same role his parents played in mine—live life together, be real and brutally honest. Walk full of integrity and live out God’s Word like a final live performance, the world as your stage. I don’t think at the time Jen and I realized our impact in this young mans life, besides introducing him to the climbing scene. But, I learned tonight that it was much, much more than that.

The little moments that you may have with teens are important—don’t think they forgot. They did not… well; maybe some of them did, but most did not. Continue to look for opportunities to spend time with and talk to the teens you pass in the halls at church, in your neighborhood or the ones spray painting the side of your car (after you call the police, in order to keep them there long enough for the police to arrive. Offering them cookies might help, too). Don’t quit! You never know the impact that you might be having as you do life. Do life right, and be the light that our Savior describes in Matthew 5.

Thanks for reading again, I hope that you enjoy your holiday weekend with close friends and family and remember the men and women who have made the safety of our reunions possible!