42-The Great, Labor Day Defeat of The Rhodos 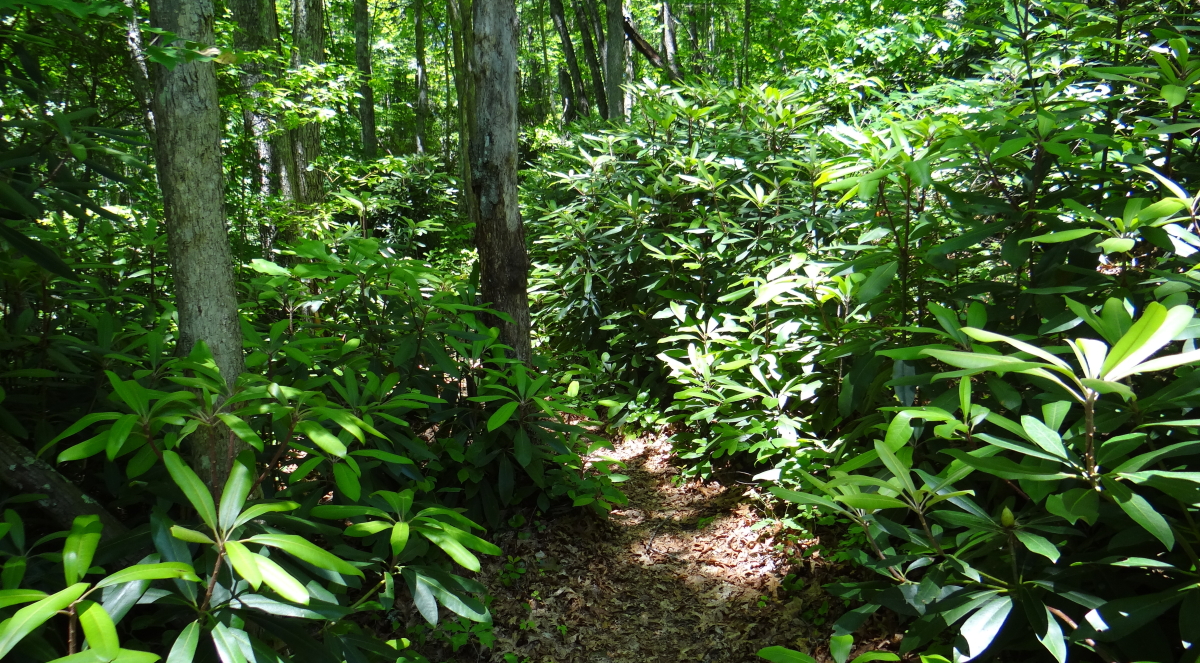 42-The Great, Labor Day Defeat of The Rhodos

September 1st I embarked on another adventure down in the thick jungles of Kentucky. This time, the weather app on my device showed favorable, but I was still a bit leery since I have not updated my phone in well over a year. The clouds peeled back to reveal the beautiful valleys surrounding the low-flowing Red River. I was very happy to see the warm sun evaporating the dew off the leaves, making backpacking life so much easier for the group of 12, which I was leading.

The first morning in Kentucky started out with bang as we trekked to the Wall of Denial for some trad (traditional) crack climbing and hang out time in the rocks with our friend Pierre (the copperhead snake that one of the guys spotted nearby). So far so good, but by the end of day 2 reality settled in. We were scraping by on water and unbenounced to us, we had passed the last good camping site available on the Osborne Loop Trail. After long and tedious downhill trudge, we stopped to try to figure out our exact location on the trail. If we went too far then the rumble of passing cars would capture the minds of the guys and we would no longer be out in the bush, mentally at least. Oh, but physically, we were very much still in the bush. The plan was to have an epic bush-wack the next day and ascend the hill to Tower Rock for some more trad climbing. The plan looked good at first glance on the map, but once we found out where we were and where we wanted to be…plan A quickly gave way to plan B.

The trail was good, well traveled and marked, but the terrain around us looked impossible to defeat. We were hoping to go off trail, down a hill and back up the other side, popping out of the woods right at the base of the ominous, 200-foot, Tower rock. I had big dreams of this being the main Project Forty route that would be perfected in time and use, but I could feel my dreams being slowly crushed. I felt like Han Solo when he was stuck in the trash compactor in the original Star Wars series. Looking at the Rhododendron bushes, you wouldn’t think that a raccoon could make his way through. The angle of the hill itself lent itself to being a nice Olympic downhill ski run, complete with drop-offs; minus the trees of course. As far as the river goes, the walls of rock on either side made it a menacing task to attempt a river crossing at all, let alone the trudge up the opposing side to Tower Rock.

I knew that retreat would be the escape that would yield the most immediate fruit and cause the men to keep hope that we were not trying to turn them over to complete despair. However, deep inside I longed to forge on, to trudge back up massive hill, to set up camp, and work like dogs to plow a path in order to complete the route that we set out to accomplish. No matter what I dream up, God knows better. His ways are higher than our ways, His thoughts higher than our thoughts (Isaiah 55:9). Not only did the men celebrate that we exited the thick wilderness two days early, but they rejoiced in the new campsite that we established in one of the most beautiful scenes in the Red. We would not have discovered this site if we had stayed or the guys might have been so crushed by the task of bush-wacking, that they would have missed the joy of climbing the Cavers Route. God allows dreams to die for a reason, and sometimes we can’t see the truth from a lie when we are in the middle of fulfilling our own desires.

Let’s make sure that if we are going to dive in deep to bring our dreams to pass, that we know for certain that it was God’s dream first.

This is Matt saying, “Thank you for all your support!” There will be more tales from Kentucky heading your way!